The Tale of an Old House. 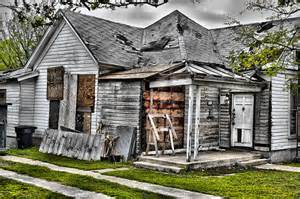 The Tale of an Old House.

I recently read an article about how many buyers avoid old houses simply because they are old.   They tend to lean to new or newer homes with contemporary designs and features.  While I understand the trend, there is something to be said for an older house.  They are sometimes hidden treasures that have a history even the listing agent may be unaware of.

I had a homes like this listed several years ago.  On the surface it looked like an old run down house in need of major renovation.  It did, there is no denying it had been used hard.  However, once I started looking at it closer I discovered several things that were not immediately apparent.

First it was one of the founding family’s homes in the community where I live and work.  It was old by Arizona standards having been constructed in the 1950s. The first clue that it might be something special was the entry walkway.  Embedded in the concrete were the names and hand prints of a mother, dad, and six children.  Next to each was a name.  As I dug further I found out that they were the handprints of one of the founding families of the community.  What was really interesting is several years later I met one of the children who’s handprints were in the sidewalk.  She had grown up in that house.

The next thing I found after going inside and initially groaning at what I found, was that underneath that horrible gray ripped up and torn up indoor outdoor carpeting was a beautiful narrow gage tongue and groove wood floor.  It would take some work to restore it but once it was done it would be beautiful.  Add in that out the front window was a view to die for I couldn’t help but be impressed.

Then I noticed that there was beautiful crown molding and baseboards in the house.  Something you don’t find in most new homes and certainly not of the thickness and cut of the wood used in this home.  A little sanding and fresh paint and they would look fantastic.

Then I went in to the garage.  Yes I know, what could be so special about a garage.  Well, perhaps it was the fact that it was built of 2 x 10 boards.  That is something you will never see in a new home.

There were other things too, like a mature orchard with apple trees laden with fruit.  The location was great and centrally located.  In general, despite the fact that the home was old, it had a charm and history you will not find in newer homes.

If you are thinking of buying a home don’t get caught up in the glitter and show of a new home and automatically discount older homes.  You might find a hidden gem that looks a little rough on the outside but with care and some renovation, you might find you have a treasure that has more value than any new home will ever have.

Thanks for reading, until next time….

Previous
The First Offer is usually the Best Offer. Next
Thinking of Selling? The time is right to do so.

Thank you for contacting us, we'll get back to you shortly.

Sorry, we are unable to send your message at the moment. Please try again later.